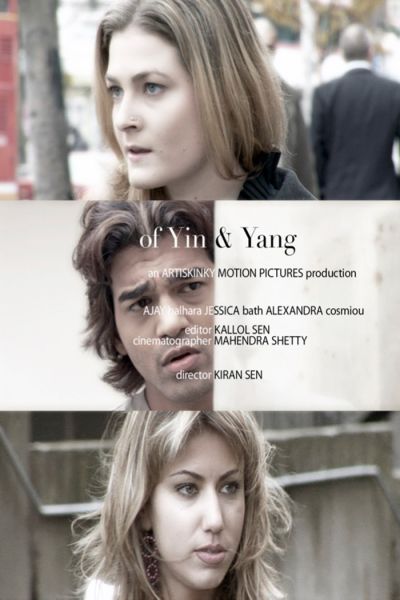 Jimmy (Ajay Balhara) gets an ego-setback when his steady girlfriend, Ginger (Alexandra Cosmiou), dumps him and gets married to some- body else. Jimmy moves to London, where he meets Naomi (Jessica Bath), Ginger’s best friend. He falls head-over-heels for Naomi, but she keeps him at arm’s length, as she doesn’t think its ethical to have a scene with Ginger’s ex. As Naomi crosses thirty, she starts getting desperate about having a baby of her own. Being single, she decides to go for artificial insemina- tion. She approaches Jimmy to donate his sperms for her, rather than going for an anonymous donor. Jimmy refuses to help Naomi, unless they do it the “natural way”. Though Naomi fears that sex might ruin their relationship, she agrees to go ahead, but on her terms and conditions. When Naomi fails to get pregnant, she coaxes Jimmy to keep trying. These series of pregnancy-experiments keep complicating their feelings for each other, and after the third attempt they decide to part ways. Naomi gets pregnant this time. Ginger’s marriage goes on the rocks, and she comes back to Jimmy. However, when she realizes what has been going on between Jimmy and Naomi, she puts them back together, making them realize their love for each other.