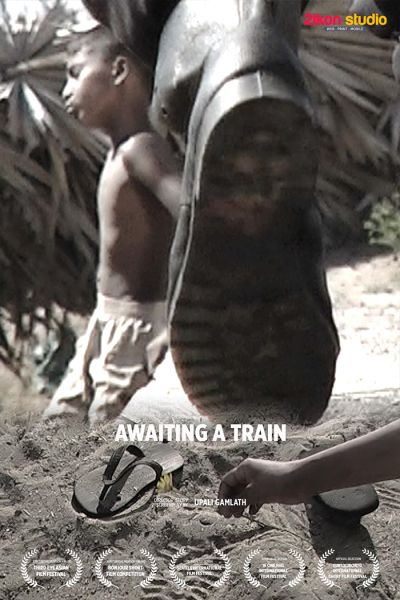 “Awaiting a Train” is based on a child living in an area ravaged by war.“Rasa” who has lives with his mother in his war stricken house. There has been no train journey to the north for the last 20 years because of the war. One can only see the damage Railway line and a few ruined Railway stations in this area. In most of the places, no sign are visible of a railway line. The train has been used as a symbol of civilian life with in the film. The main character of the film ‘’Rasa’’ is anxious to see the train. But he fails to imagine at least a picture of his desire. This film depicts the fate of the children and the Tamil community in the north and east who placed for existence.