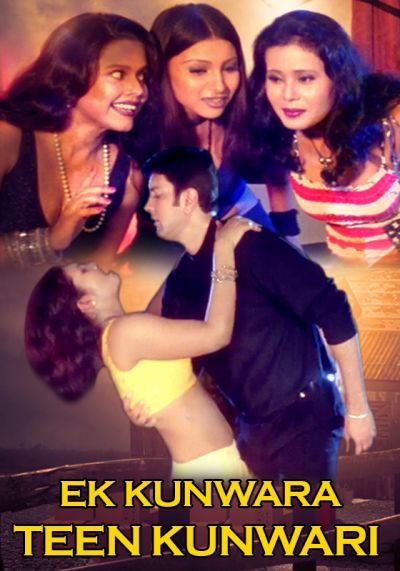 'Ek Kunwara Teen Kunwari' is the story of a young man, who is the only son of billionaire. He is young, handsome, dashing and till now a bachelor. His bachelor hood poses problems whe he is trapped viciously by three unmarried girls. Abhishek (Prithvi) is the only son of millionaire couple Satish Mehta. On one fine day Abhishek meets Aishwarya (Shameen) Sushmita (Aliza) and priyanka (Bindu Kamat) at different times, under different circumstances. Three of them bully Abhishek so much that ultimately he even gets scared of their names.Were three of the girls sucessful in theri mission ? Could unmarried Abhishek, protect himself from those three unmarried girls. To Know all this , watch humorous, entertaining and full with thrills, a very interesting film "Ek Kunwara Teen Kunwari".