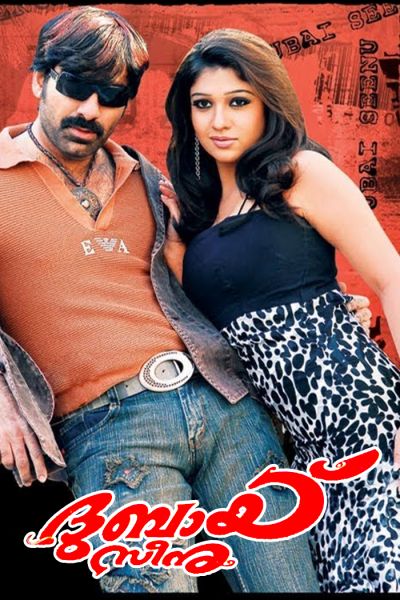 Dubai Seenu movie is a dubbed version of Telugu movie. Seenu (Raviteja) sets to go to Dubai but was cheated by a conman and lands in Mumbai instead. He sells pav bhaji for a living on the streets of Mumbai, unable to return to his native place.Madhumathi (Nayanatara), a radio jockey in Hyderabad comes to Mumbai in search of her brother. Seenu instantly falls in love with her and even expresses it expecting a reply from her. Madhu tells him to come to the railway station on the day she was leaving to Hyderabad for an answer. An excited Seenu is about to go the station and suddenly he finds his close buddy murdered by a terrorist Jinnah Bhai (Sushant Singh). Seenu seeking revenge comes to Hyderabad in search of Jinnah. He has also another mission to...