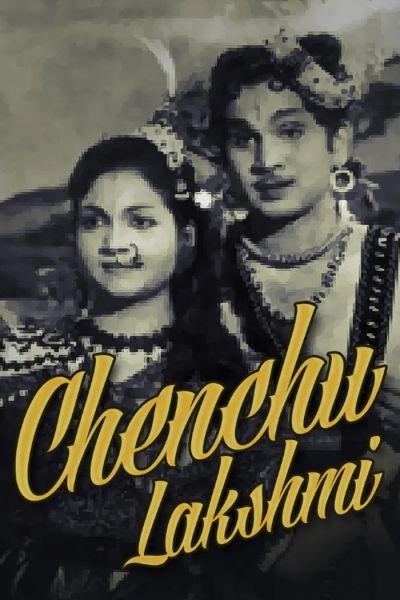 After killing Hiranyakasipa, Vishnu takes the form of Narasimha and goes to the forest. There, he meets Mahalaxmi, the daughter of a tribal head, and gets attracted to her. • Ever since Lord Vishnu killed Hiranyaksha, donning Varaha avatar, his brother Hiranyakasipu hates Vishnu and made him leave his abode Vaikuntha after getting a boon from Lord Brahma that he will not be killed by either weapon, man, demon or divinity. After his efforts to dissuade his son Prahlada from worshipping Vishnu fail, Hiranyakasipu challenges him to show Vishnu in a pillar. On Prahlada’s prayer Vishnu appears in Narasimha (half man and half lion) avatar and kills Hiranyakasipu. Parallel to this runs another story involving Vishnu and his consort Goddess Lakshmi and her parents the ocean king Samudra and his wife. Due to a curse from sage Durvasa, Samudra and his wife are born in Chenchu tribe and beget a child after eating a fruit. The little girl has the angelic charm of Goddess Lakshmi and grows up as the fearless Chenchulakshmi. After killing Hiranyakasipu, still raging with fury, Narasimha wanders in the forest and it is only after seeing Chenchulakshmi that his anger subsides and he sheds the avatar and turns into the handsome Narahari who falls in love with her. Narada plays his part in the entire drama that finally culminates in the reunion of Vishnu and Lakshmi.