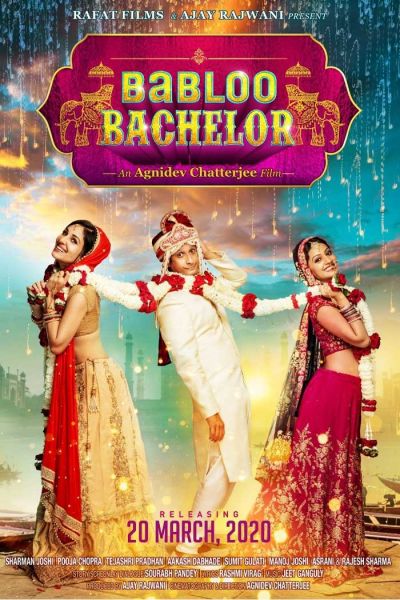 The story of the film is based on UP, where a well to do family had always dreamt of their son's wedding with great pomp and show. Babloo "Sharman Joshi" met few girls for his wedding but didn't get the right one.Then he met Pooja Chopra who was already engaged in other relationship and is not virgin. After listening to this, he rejects the proposal.In one wedding he got to meet Tejasri Pradhan, with whom he falls in love and both agrees for the marriage.But the twist comes when on the wedding day Tejasri ran way from the wedding and left a letter for him.She had always wanted to be an actor and now she had got a chance of a lead actor in a reality show in Mumbai.Sharman tries everything to reach his would be wife.He even goes to Mumbai.There, by chance, he again bumped into Puja Chopra who was the creative head of that channel.He told her everything.She agrees to help him and when finally Tejasri comes back, Sharman falls in love with Puja Chopra after looking at her intitiave and efforts to bring Tejasri back.