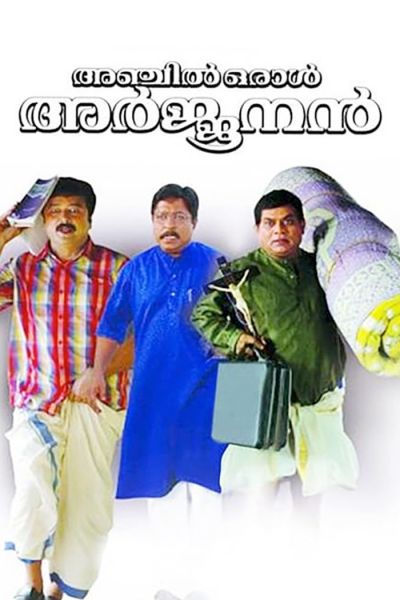 Anchil Oral Arjunan movie tells the story of  Sudheendran (Jayaram) who is fondly called Sudhi by everyone. He lives entirely for his family, which consists of his aged mother, his two aged unmarried paternal aunts, an elder sister and a younger sister. His elder sister Shanta (Kalpana) who is deserted by her husband immediately after her marriage as she has regular attack of fits. Sudhi, who has no regular job, is the substitute in every affairs of the village and manages things somehow. Sudhi gets support from Pavithra (Padmapriya ) who is in love with him and also from her father Padmanabhan (Venu Nagavalli). The arrival of Unni Menon and young daughter Saraswathy(Samvritha Sunil) lovingly called Sathi, makes much turn in the life of Sudhi.