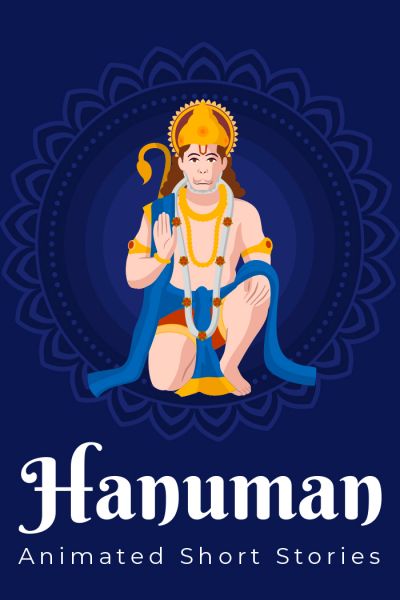 Birth Of Hanuman - Hanuman was born to the vanaras. His mother Anjana was an apsara who was born on earth due to a curse. She was redeemed from this curse on giving birth to a son. The Valmiki Ramayana states that his father Kesari was the son of Brihaspati and that Kesari also fought on Rama's side in the war against Ravana. Anjana and Kesari performed intense prayers to Shiva to get a child. Pleased with their devotion, Shiva granted them the boon they sought. Hanuman, in another interpretation, is the incarnation or reflection of Shiva himself. Hanuman is often called the son of the deity Vayu; several different traditions account for the Vayu's role in Hanuman's birth. One story mentioned in Eknath's Bhavartha Ramayana (16th century CE) states that when Anjana was worshiping Shiva, the King Dasharatha of Ayodhya was also performing the ritual of Putrakama yagnya in order to have children.