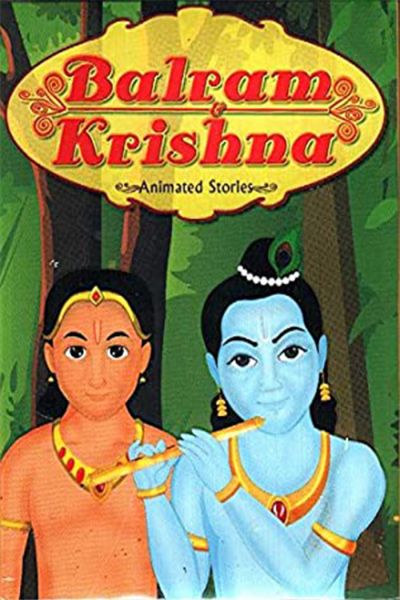 Balram & Krishna - Krishna is the most attractive Supreme Personality of Godhead. Krishna is the full incarnation of Lord Vishnu who appeared in India 5000 years ago. Lord Krishna, and Lord Balram, his elder brother, and were both the sons of Vasudeva – a prince of the Yadava dynasty. This graphically animated story illustrates how Krishna got the name Govindha, the protector of cows. Watch Krishna grapple with a fierce snake and put an end to its career of eating cows. It turns out that the snake was a handsome Gandharva freed at last from a curse. A beautiful story, well narrated. The visit of Krishna and friends to captivating garden of Nandpur is a thrilling episode Krishna kills a monster in the dangerous lake that leads to the garden. There it is the turn of Dhenkasura, a monster in the form of a donkey, to be vanquished once and for all by Balram. This is another interesting story on how Krishna appeared in the form of a cowherd boy to true sage. This leads to the finding of an idol of Krishna and the construction of his temple. A truly divine story on the miraculous grace of Krishna.